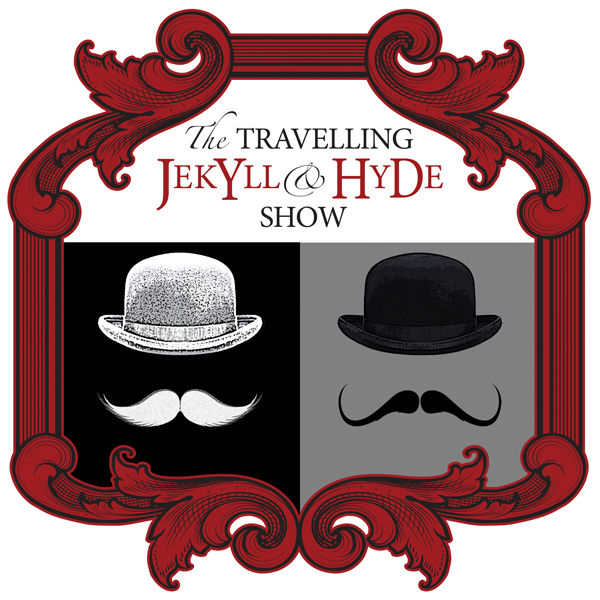 The timeless themes in Robert Louis Stevenson's classic horror novel are explored in the Cincinnati Playhouse in the Park's hilarious Off the Hill production of THE TRAVELING JEKYLL AND HYDE SHOW, by playwright Russell Davis.

It will be performed at the Ludlow Theatre ~ Home of Circus Mojo, 322 Elm Street, Ludlow, KY 41016 on Saturday, February 16, at 7:00PM as part of a free, open-to-the-public community event that will also highlight neighborhood talent and causes. Pre-show entertainment from area drama clubs, other groups and Circus Mojo will begin at 6:00PM.

Playwright Russell Davis spent the past week in Cincinnati and trained daily at Circus Mojo. Davis is recipient of many NEA grants, has coached social programs in Harlem with the Big Apple Circus, and even worked with the acclaimed Michael Moschen. Our staff picked up a few tricks and was mentored by this accomplished artist. It was an honor to host Russell. Ludlow Theatre
Ludlow, Kentucky
Built in 1946, the Ludlow Theatre Historic Restoration is the home of Circus Mojo and is becoming a bustling live entertainment destination.

Immediate plans for the facility include expanding the seating capacity, installing a restaurant & bar, and developing its very own in-house circus production group.
In addition to programming an array of music and entertainment (jazz, folk, rock, dance, comedy, improvisation, etc), the restaurant will offer brick-oven pizzas and the bar will specialize in independent micro-brews.

The Ludlow Theatre's themed entertainment nights will offer customers a diverse, dynamic surrounding with something new every visit.